This web site uses cookies to deliver its users personalized dynamic content. You are hereby informed that cookies are necessary for the web site's functioning and that by continuing to use this web sites, cookies will be used in cooperation with your Web browser.
I agree

My name is Anabela Smoković, and I am a student at the Juraj Dobrila University of Pula, attending the double major programme in Japanese Language and Culture and Croatian Language and Literature. Doing a student exchange in Japan someday had been a wish of mine right from the get-go, and when I finally received the opportunity to do so at Kobe University, I was ecstatic. Having since returned back home (just before the Covid crisis struck!), I still find myself reminiscing and missing the bits and pieces of my life as an exchange student there. Just what kind of experiences were they…?

The first word that pops up to mind when thinking about daily life in Japan, even more so after returning to Croatia, is convenience. From the train station, maybe ten minutes on foot from my dorm, that can take me virtually anywhere in Japan at all parts of the day, the convenience store – konbini – found every couple of blocks, that is open 24/7 with all kinds of useful groceries and services, the unbelievable self-operating toilets that also play music (yep), to just the way the people are mindful of others, the way they neatly line up on an escalator, the cleanliness of public spaces, the all-around politeness. Some people might say this sounds boring, but it’s certainly a nice change of pace to have all the little things available when you need them. 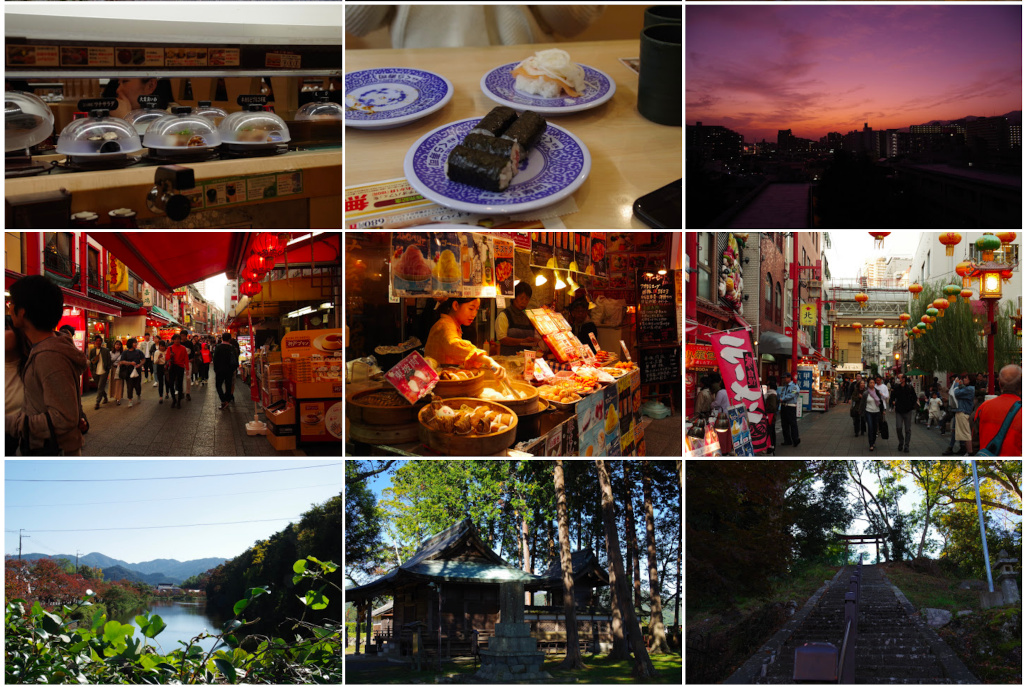 But let’s turn to the city where it all begins. Kobe is not as known as some other large cities of Japan, but with its population of around 1.5 million, it is a hub of its own. It’s most often described as a city of shopping and fashion, with its downtown area Sannomiya housing a huge complex of department stores, all kinds of traditional and foreign restaurants, fancy caffès and pubs and a port beautifully lit at night, a popular hangout spot. Historically, the city has heavily engaged in foreign trade since the late 19th century, and the influence can still be seen in the western-style architecture strewn all around, like for example the entire Kitano district, or the curious popularity of western bakeries. At the same time, the north of the city is bordered by the mountain range Rokkō, which is accessible by hiking or taking a ride in the German-built Rokkō Cable Car, and I just have to say the view of the city and the sea from up there is absolutely magnificent. Did I mention that the university campus also sits at the foot of the mountain, sporting a similar view?

Going out at night and exploring the city with our newly formed band of exchange students, trying out Japanese food and sipping sake, singing to our heart’s content at the Karaoke booth (we’d always extend the original time by an hour or two), playing rhythm games in the deafeningly loud arcade, these were all fun activities, but what also helped me become more confident and self-reliant was taking some time to travel and discover places on my own. Luckily, Kobe is situated very close to the tourist hotspots and historically important cities of Osaka, Kyoto and Nara, with Osaka being less than a 30 minutes train ride away, so it posed no problem. It was a great opportunity to gain independence, at the same time immersing myself in the cities’ vibrance and culture, learning the language and customs.

The university experience was welcoming as well, where aside from learning Japanese from regular classes, the local students organized a number of events to hang out and socialize. Two of the highlights I’d mention would be an outing to the beautiful Kobe Luminarie light festival, and the Rokkōsai cultural festival, where the students held various food stands and musical performances. All in all, I think I can say that my language ability has definitely improved, and I am especially glad to have gotten over my anxiety while talking in Japanese – after all, being in Japan I didn’t really have a choice but to try.

Everything having been said, I am so glad to have made the choice to go, glad for all the interesting experiences and the opportunity to grow as a person through this student exchange programme, and I am grateful for it. I would recommend it to anyone looking to make memories, experience new things and even challenge themselves, and of course learn Japanese. Despite some inevitable hardships in finding yourself alone in a foreign country, I don’t think it’s something anyone could regret. I know I’m certainly planning my next visit.

You can visit the photo gallery with more photos at: